Abuja-Kaduna railway to get a boost

Madsen, 46, has been charged with murdering Wall, whose headless, dismembered torso was found floating in waters off of Copenhagen on Aug. 21, 10 days after she boarded the vessel.

Her cause of death has not yet been determined, but prosecutor Jakob Buch-Jepsen told a court that the multiple knife wounds had been inflicted “at the time of death or shortly afterwards,” the Guardian reported.

Madsen, who has denied killing Wall, participated in the hearing via video conference.

He said he was “not the only person” with access to the computer in his workshop, and denied that the gruesome material belonged to him. 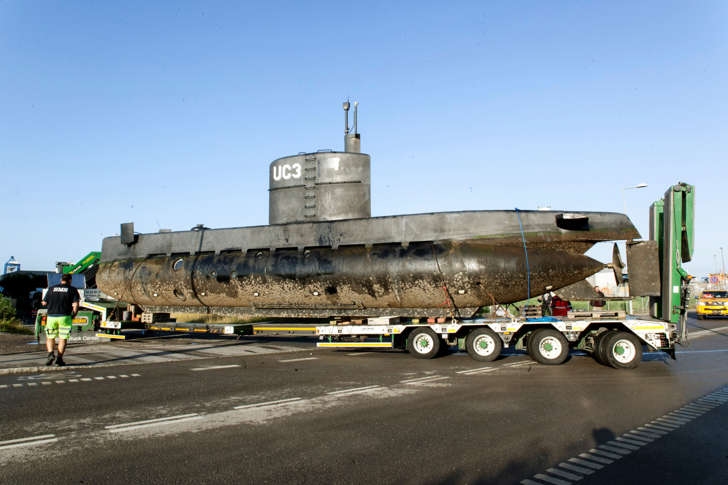 © Getty The privately owned submarine, Nautilus, which is the suspected crime scene for the assumed murder on Swedish journalist Kim Wall Madsen’s lawyer Betina Hald Engmark said the court had heard “nothing that supports Kim Wall being killed by my client.”

Madsen previously alleged that Wall was killed in a “terrible accident” aboard the ship. He said she was hit by a 155-pound hatch in the submarine’s tower.

He said that after the disaster, he used a metal weight to sink her body.

Buch-Jepsen, however, said that Madsen killed Wall at an unknown time between Aug. 10 and 11, and dismembered her body before sinking it.

An autopsy found that her missing limbs were cut off after her death.

“Our suspicion hasn’t changed, it has been strengthened since September 5,” Buch-Jepsen said.

Madsen’s detention was extended until Oct. 31.

An investigation into Wall’s death is ongoing.

Next Customs seizes 3,665 vehicles worth over N13bn duty

Gas Stove Explosion on Train Kills Over in 70 in Pakistan

I would rather die than quit, Mugabe says

EPL: Arteta Issues Warning to Man City Ahead of Clash